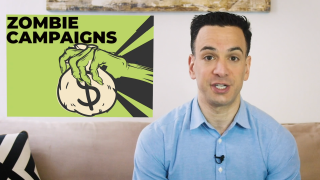 Michele Bachmann, Mark Foley and Ruben Kihuen are among the former members of Congress who have pledged tens of thousands of dollars in donations to nonprofit organizations from dormant campaign accounts after an NBCLX investigation into “zombie campaigns.”

NBCLX is contacting nearly 100 former federal candidates who have no plans to run for office but are still sitting on enormous campaign war chests. The pledged donations, to nonprofits such as food pantries, domestic violence shelters and homeless charities, now surpass $180,000.

The Federal Election Commission (FEC) prohibits former officeholders or candidates from personally benefiting from campaign donations, but the agency doesn’t require politicians to ever close their accounts.

So while some lawmakers give their leftover millions to other political causes or charities when they retire, hundreds of campaign accounts have been dormant for years, with a combined $200 million in cash sitting idle during America’s greatest financial crisis in generations.

Foley (R-Fla.), who began cutting large checks to South Florida nonprofits from his old campaign account back in March, reported donating another $55,000 in the last week to various charities, including food banks and homeless shelters.  He says he’s now looking into establishing scholarships for those who want to pursue nursing and health sciences during this crisis.

Bachmann (R-Minn.) was one of the featured former politicians with “zombie” accounts in NBCLX’s original reporting last week. While she initially would not commit to donating any funds from her $1.6 million leftover cash-on-hand from when she left Congress more than five years ago, she committed this week to donate a total of $16,000 to Minneapolis-area nonprofits. They include the Care Fund at Rockpoint Church, a food bank in Washington County and the Minnesota Family Council, which she says is helping Minnesota churches “deal with COVID-19.”

And one-term Congressman Rubén Kihuen (D-Nev.), who chose not to run in 2018 following allegations of sexual misconduct, told NBCLX this week he was donating $45,000 to a series of nonprofits in southern Nevada. He said he had been researching where to give, and decided to split donations across the Culinary Union’s worker relief fund and food assistance program, the Safe Nest domestic violence shelter, Three Squares Food Bank, the United Way and Dream Big Nevada.

There are more than $200 million sitting in campaign accounts of former politicians who no longer have campaigns.

Last week, former senators Joe Donnally (D-Ind.) and Max Baucus (D-Mont.) each committed at least $30,000 from their old campaign accounts, with Baucus issuing a challenge to all former lawmakers to match his contributions and help lift America up during this crisis.

But most former lawmakers did not comment when LX reached out, including: former Massachusetts Congressman Joseph P. Kennedy II, who left Washington more than 20 years ago but still has $2.6 million in his campaign account; former California Rep. Ed Royce, who announced he would retire in 2018, with more than $2 million in his warchest; and former Arizona Senator Jeff Flake, who still has more than $1 million in idle cash after he left office in January 2019.

Here is a full list of former lawmakers who did not provide comment to LX for this story:

Noah Pransky reports on national politics for LX.  Previously, he covered politics and investigations in Florida for 14 years and was a recipient of the 2019 Walter Cronkite Awards for Excellence in Television Political Journalism.

A ‘Simulated Astronaut' on Isolation and Our Global Mission