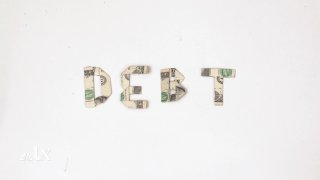 While opinion polls show young voters consistently rank climate change and the future of the planet at or near the top of their priorities when they think about casting a ballot, the same surveys also reveal Gen Z-ers rank the future of the national debt considerably lower down their list of priorities.

It’s almost a mirror image of the polling numbers for older Americans, who, according YouGov America public opinion tracking, are more likely to be concerned about government spending than the climate crisis.

Why are Gen Z and millennial adults, who will inherit the nation’s debt, so much less concerned about it than older voters who won’t likely ever have to pay it off?  And why are baby boomer politicians so concerned about the national debt that they’ve threatened to shut down the entire federal government over the nation’s spending?

Many millennials and Gen Z-ers see addressing the climate crisis and expanding access to affordable college and health care as ways to save money in the long term, no matter how many trillions of dollars it costs in the short term.

“Costs increase over time,” said Kristin McGuire, executive director of Young Invincibles, a nonprofit that advocates for the economic advancement of young adults. “If we don't invest in items like health care now, we end up with a population that's sicker later. If we don't invest in higher ed now, we have an ill-equipped workforce later.”

Young Invincibles is a nonpartisan group, but it has endorsed President Biden’s Build Back Better social spending plan.

“I think not investing in this critical moment could cost us in the long run,” McGuire continued. “We have to think about the long-term economic security goals for our country, which is so much more than just a number.”

Younger voters are less likely than older voters to identify as Republican, the party, which, traditionally, has advocated for smaller government and less debt.

And even though the Republican Trump administration grew America’s national debt by more than $8 trillion between 2017 and 2021, sociologists say limiting spending is still much more baked into the DNA of older, more conservative voters than their younger counterparts.

“When you look at Gen X, for example, [they grew up in] the Reagan years,” said Abby Kiesa, deputy director for the Center for Information and Research on Civic Learning & Engagement (CIRCLE) at Tufts University.  “So Gen X has a tendency to be a little bit more conservative than millennials ... who came of age during the Obama years and the Obama campaigns.”

According to the YouGovAmerica tracker, more than 15% of Republicans named government spending as the most important issue facing America, compared to just 3% of Democrats.

Young voters are disconnecting from both parties

Even the young voters who identify as conservatives may not identify as Republican, as Kiesa says many Gen-Z voters don’t feel connected to either party.

A third of all voters aged 18 to 29 chose President Trump last November, but CIRCLE research indicates many of them have significantly different political priorities than older conservatives.

Some 52% of Trump voters under 30 indicated they are concerned about climate change, with 56% indicating they favor investing in green energy. So the discrepancies on debt shouldn’t be surprising, according to Kiesa.

An October POLITICO/Morning Consult poll found only 36% of Gen Z-ers said they understood the debt ceiling well, compared to 50% of millennials, 58% of Gen X-ers, and 55% of baby boomers. That’s to young voters’ detriment, according to one of the nation’s youngest elected officials.

“This isn't fake money that is just printed from nowhere and grows on trees,” said Joe Mitchell, a 24-year-old state lawmaker in Iowa.  “We're talking about actual money that you're going to pay back at some point in the future, which is the scary thing.”

Mitchell recently launched Run GenZ, an organization dedicated to getting more young conservatives to run for office. He also wants to help educate younger voters on the cost of national debt.

“We can throw a bunch of money at health care programs and Green New Deal programs right now,” he said. “But unless we have the money to maintain those programs into the future, they're not going to work.”

Most economists agree that too much debt is a problem, but a modest amount of debt is not to the wealthiest nation in the world. However, there’s great disagreement, especially between parties and among American generations, as to how much is too much.

Noah Pransky is NBCLX’s national political editor. He covers Washington and state politics for NBCLX, and his investigative work has been honored with national Murrow, Polk, duPont and Cronkite awards. You can contact him confidentially at noah.pransky@nbcuni.com or on Facebook, Instagram or Twitter.