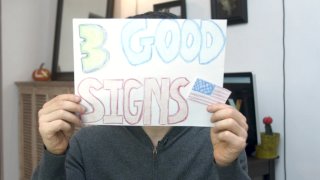 Despite the likely resemblance between the 2020 Electoral College results and the national popular vote, calls to reform how Americans pick a president are unlikely to subside.

After all, our current system has long given disproportionate power to small, homogenous states, while reducing the political punch of larger states.  And our nation’s deepening partisanship has also resulted in fewer “swing” states than in previous elections, marginalizing even more voters in solid “red” or “blue” states.

While many Republicans argue the electoral college protects the interests of small states and rural voters, there are a number of reasons to believe change could be no more than a couple of elections away:

While eradicating the Electoral College would require a Constitutional Amendment, 15 states have agreed to a work-around: the National Popular Vote Interstate Compact, which would award each participating state’s electors to the winner of the national popular vote.

‘Do No Harm': A New Podcast Explores When the Child Welfare System Does More Harm Than Good

Darren Criss Goes Back to His College Roots for New Web Series With Former Classmate: ‘Wayward Guide for the Untrained Eye'

However, the change wouldn’t take effect in those states until 270 electoral college votes’ worth of states signed on; so far, those 15 states represent just 196 electoral votes.  But a handful of other states have advanced the legislation and are contemplating joining in.

And while every participating state thus far is a “solid blue” Democratic-leaning state (likely due to the electoral college favoring Republican-leaning, less-populated, more conservative states), shifting demographics in the United States could prompt more traditionally-conservative states to join down the road.

At that point, a switch to a national popular vote may not benefit Democrats anymore, especially since the way candidates campaign will drastically change.  But with surveys showing a majority of America already ready to ditch our one-of-a-kind electoral system, it may not be long before the stars align and national reform is adopted.

No, the Framers of the Constitution didn’t like the Electoral College

Historians point out the Electoral College was one of the last things our founders agreed to back in the 1780s - not to balance in the interests of big states and small states…but free states and slave-holding states. And many of them immediately criticized it, attempting to change it two decades later.

However, small Southern states pushed back against the reforms that might have threatened slavery, and an inability to efficiently count votes at a national level left states in charge of their own, individual elections, and the framework of the Electoral College in-place.

“It's a relic from the days of our founding,” McDonald said. “When we founded the country, they took a month to travel by boat from Maine to Georgia. There would not have been a national popular vote. There couldn't have been. It just wasn't technologically possible to do it…so a lot of what we have in our Constitution is a function of the reality that was facing the country at the founding of the country.”

More than 200 years later, small states still have disproportionate amount of power over large states.  For example, a vote in Wyoming or Vermont carries 3-to-4 times more electoral weight than a vote in Virginia or Ohio.

Of course, if you’re a Republican in New York or a Democrat in Missouri, you may feel like your vote for president doesn’t matter at all.

And if you’re one of the 4 million Americans living in a U.S. territory, your vote for president literally doesn’t matter, since zero electoral votes are allocated to the U.S.’ five permanently-populated overseas territories.

Democrats & Republicans have agreed on reform before

It was only about 50 years ago that Democrats and Republicans agreed to ditch the Electoral College once and for all, following a chaotic 1968 presidential campaign.  The new president, Richard Nixon, and one of the men he just defeated, Hubert Humphrey, helped usher a bipartisan constitutional amendment through the House that would have replaced the electoral college with the popular vote.

But even though the bill had strong support in the Senate, slavery’s long shadow - and another relic of a time gone by, the filibuster – did it in. Segregationist senators killed the amendment, and there have not been substantial reform efforts in Congress since then.