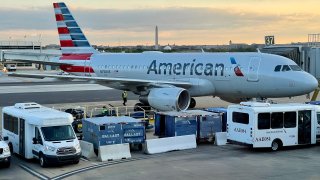 Let me tell you how I got to see Bali for a lot less than a plane ticket — and without having to deal with flight cancelations and other travel headaches.

Through the magic of virtual reality, I flew thousands of miles away to this Indonesian island in an instant. Using an Oculus Quest 2 VR headset I found a 360-degree video of a bustling market in the the town of Ubud, and I saw street vendors with steam rising from their cooking stations. I even instinctively ducked out of the way as an incoming pedestrian hurried past me.

After that experience, feeling like I could almost brush shoulders with the passersby as I browsed the Balinese art market, I was hooked. Next, I took a car ride through the Cairo traffic, noting the cars, the terrain, and the overall sense of giddy lightness I felt in my body.

The experience was such a transformation from the monotony of the mundane weeks that melted together for me during the pandemic. While I’d been wishing I was an Instagram baddie lying on the beach, I had been firmly planted in my couch instead of tanned, sunkissed and carefree.

Even as businesses opened up their doors in the outside world, I was still socially distancing and, to a degree, self-isolating. It just didn't feel safe to travel, especially internationally.

It may seem counterintuitive that using virtual reality to put veterans into scenes that replicate their trauma can help them overcome PTSD. But that’s exactly what’s happening with VR technology at the University of Southern California's Institute for Creative Technologies. NBC Los Angeles’ Lolita Lopez went to USC to see how it works firsthand.

So instead, I opted for the fully immersive gamechanger of a travel experience that is virtual reality. I feel more like a global citizen after peering into the way that different people all over the globe live, eat, entertain themselves and navigate their neighborhoods.

But it took some work to go from real life to simulated luxury at a Japanese spa or hiking in Ghana: I first had the challenge of putting the VR headset on.

As I maneuvered the headset over my glasses, the sets of lenses bumped against each other briefly. And when I adjusted the headband so it would fit over my hair, a few strands got pinched by the band as I tightened the headset for a snug fit. A small price to pay.

Speaking of price: at $299 before tax, the Oculus Quest 2 is one of the cheapest headsets that doesn't require a computer to function. Headset prices get even lower if you find one compatible with a cell phone - for those you'd actually slide your cell phone into place to act as a screen, and the VR effect might not be as pronounced.

Once you get a headset, you don't need to shell out on premium games to have fun. YouTube has a VR app with a wide and varied selection of free adventures. To feel like you're on a scenic scuba diving tours in VR, subscribe to GoPro. And for an otherworldly experience floating in the cosmos, subscribe to BBC Earth and watch their space videos.

I have "visited" 10 new countries in a month and I don’t plan on stopping anytime soon. Next on my agenda: checking out a volcanic eruption in Russia and exploring Geyser Valley.

And I can do it all while staying germ and hassle free.