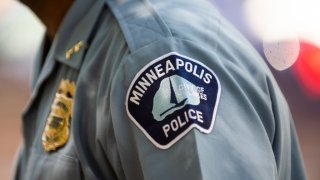 Minneapolis residents hit the polls yesterday to vote for mayor, ultimately reelecting Democrat incumbent Jacob Frey, and to weigh in on several ballot measures, one of which would've replaced the city's police department with a "Department of Public Safety." Results of the police reform ballot measure came in last night, and it lost, with 44% of voters in favor of the change when a 51% majority was required, according to the office of Minnesota Secretary of State Steve Simon.

What would have changed if Minneapolis' police reform measure was passed?

In the Minnesota city where George Floyd was murdered by a police officer, Tuesday's election presented voters with a choice between the existing police department and a new department of public safety. It would not have abolished the police, necessarily. Rather, the DPS would've instituted "a comprehensive public health approach to safety," which would've allowed social workers, counselors and experts in substance abuse and de-escalation to respond to situations that match their expertise, according to Ballotpedia. The mayor would've nominated and the city council would've approved a commissioner for the DPS, which could have included police officers but would no longer have had a minimum funding requirement. It would also have removed language from the city's charter about the police department.

The measure didn't pass — so why does it matter?

As opponents to the measure pointed out, it could've made Minneapolis a test case in response to calls to abolish and defund police following the death of George Floyd. Another common criticism was that the measure lacked specificity around what the DPS would actually entail.

And even though these points ultimately prevailed, activists on both sides of the measure still see its existence as paving the way for positive change.

"We changed the conversation about what public safety should look like," the lead organization advocating for the measure, Yes 4 Minneapolis, said in a statement on Twitter. "We showed the country and the world the power of democracy and of the people. Now, we will work to hold the system accountable. We will work to heal our city and create safer streets for all our communities."

Leili Fatehi, manager of the All of Mpls campaign, which advocated against the measure, said the results open the doors for a more planned-out "approach to transforming policing and public safety," and emphasized "meaningful consultation with the communities that are most impacted by both violent crime and by over-policing," according to NBC News.

Either way, it's important not to see the results as a defeat, Cliff Albright, co-founder of Black Voters Matter, an organization seeking to boost Black voter engagement, told NBCLX.

"We've got to remember that we're talking about trying to fundamentally reimagine notions we've had of public safety that existed for 200 years," he said. "The real question isn't, 'Why didn't it pass?' It's, 'How were they able to even get that level of support on an issue that's increasingly difficult?'"

The measure's inclusion on the ballot is especially noteworthy given that the support of the Black Lives Matter movement, which reached over 50% after Floyd's death, dipped back down in subsequent months.

"We know that the reckonings that this country goes through on race issues, sometimes it's short lived," Albright said.

On the one year anniversary of George Floyd's death, Minneapolis activists are still fighting for policy changes they say will help prevent another death due to excessive police force. And they’ve recently moved one step closer to their most ambitious goal — reforming the city charter to replace its police department with a department of public safely. NBCLX storyteller Jalyn Henderson reports from Minneapolis.

In the wake of Floyd's murder, the Minneapolis police department made some changes, such as banning using chokeholds and requiring officers to keep bodycams on during inter-police conversations. But this election went one step further in helping people understand what public safety without prioritizing police could look like.

"You've got a lot of hesitancy and fear, even from folks that are supportive, but it's just like, 'I need more time to understand, to wrap my mind around this,'" Albright said.

"If you said two years ago, pre-George Floyd, that there will be a ballot initiative around reimagining public safety and creating a public safety department, first of all, nobody would have believed that you even would have got that on the ballot," he added. "If you told them ... 'Guess what? On the first attempt, we're gonna get 44%,' they would have laughed at you."